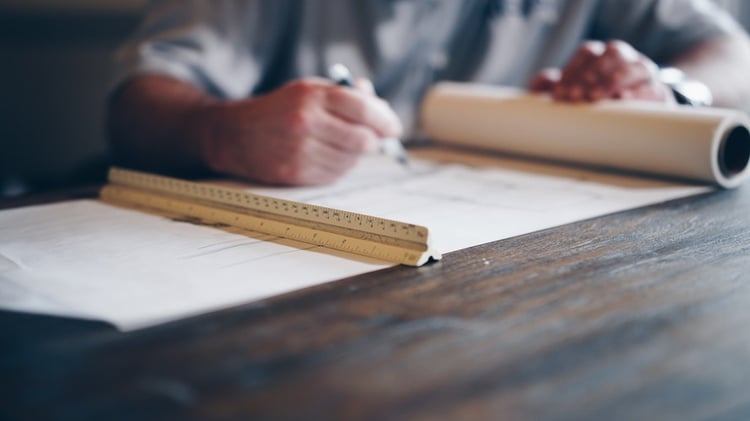 Hiring an architectural design services company or individual is a big undertaking. And, unless you’re a specialist in the subject or know someone who does this type of work, it’s also something that most people are unfamiliar with. This can make the choice a nerve-wracking one. But it needn’t be if you do your research beforehand (see some of our previous blog articles). To get you started down that path here are things you should definitely avoid:

Going ahead and hiring an architect without checking out their past projects is asking for trouble. For starters, he or she should have been so proud of previous commissions that they would want you to go and see their skills and the added value they have given the house. If an architectural designer can’t give you references of previous clients to contact then avoid like the plague (unless, of course, they’re just starting out – but even then they should have projects and references they can point you towards).

2) Allowing The Designer To ‘Play’ With The Budget

It’s important to be firm and honest with your architectural designer right from the start about how much you are prepared to spend on the project. That means asking about any additional costs, e.g. items that aren’t included in the bill for his services. This could include the cost of fittings or getting a feasibility study etc. Get the budget figure written into the contract with your architectural designer, as well as your initial brief. In doing so if he or she does go over budget then you have written proof that he or she has overstepped the mark.

3) Believing You Know More Than The Professional

Yes, it’s your future home and yes, you’re paying for it. But, when it comes to advice from your architectural designer, it’s a good idea to listen. They are the one who qualified in the subject after all, and who spend every working day thinking about design projects. Through experience they have seen what works and what doesn’t. They’ll also know better than you about how to keep within that budget you’ve so carefully worked out.

Communication between your architectural designer and yourself should be regular and clear. That means being truthful about your budget and what you do/don’t like. A good relationship is important if your project is to go smoothly. That means contacting him or her at the end of every stage of your project and in between if you’re not happy with a part of the work. It’s your home after all: you’re going to be seeing it every day, so it’s important to be upfront and honest - rather than saddled with a bit of resentment.

If you have already gone ahead and chosen a contractor but find you’ve chosen wrongly because their plans show they just haven’t been listening to you and instead they’ve gone ahead with their ideas about how your house should look, then it’s time to cut your losses and move on before you waste any more time and money. It can be tempting to believe that things will get better but chances are they won’t. Find another architectural designer – one who’ll be glad to share your dream.

If you are considering some renovation work then do get in touch with ourselves here at BDS Architecture. You can call us on 01332 830313 and we’ll be happy to come out and have an initial chat to understand exactly what you’ll looking for, and when.